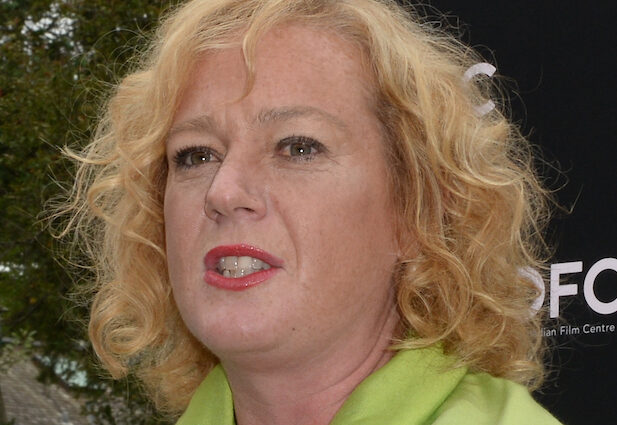 In the big scheme of Twitter misinformation and pile-ons, this is small stuff to say the least. But a Tweet I posted today grabbed a tiny bit of attention and was retweeted a few times by party activists of a progressive persuasion. The tweet referenced a news story today picked up by the CBC and the Ottawa Citizen at the encouragenment of the NDP, and is currently about number ten in the ‘top’ tweets if you search Twitter for Lisa MacLeod.

Here’s my tweet and links to the two articles:

The story arose out of a video conference held by senior NDP candidate Catherine Fife, who is seeking re-election for a fourth term in Waterloo.

Somebody somewhere at NDP head office, probably one of the reseachers every party employs full time to dig up dirt on opponents, will have gone through the riding association and party returns to Elections Ontario months or even years ago. They noted what I would have noted. The riding association has made the highly unusual decision to provide Lisa MacLeod with a housing and expense allowance every year since 2018.

The allowance is on top of the MacLeod’s salary of approximately $165,000 as minister, her expense account for work carried out as an MPP, and funds received by all MPPs to run a fully staffed constituency office.

Included in the amounts MacLeod already receives is a subsidy of over $26,000 for MPPs from ridings outside Toronto for the expense of living in Toronto while the legislature is in session.

Why, then, does MacLeod need to receive even more funds, paid for partly by party donors and partly by public subsidy, to cover her expenses?

The answer is that when it comes to politics, just asking the question is enough to achieve the objectives of a political enemy. Mention an MPP, mention money, mention an MPP receiving money, stand well back and let Twitter do what it does best.

This is taxpayer subsidized money. How on earth is this not illegal?! #Corruption @AdamLockett34

Unconscionable. Vote her out. @truthfulJohnF

Looks like the PC gravy train took a stop in Nepean, while children with autism are waiting years for support. @JoelHardenONDP

More unethical practices from this Govt. Lisa MacLeod taking $44,000 on top of her 6 figure salary from the riding assoc for expenses when others are struggling. Doug Ford and his conservative MPPs are working for themselves and their friends and they are not working for you. @JackMcDuf

But here’s the problem. I don’t think either MacLeod or her riding association have done anything remotely wrong, and my tweet didn’t intend to imply she had. But the NDP found something unusual, saw a dollar sign, and realised that was enough to smear an opponent.

NDP opposition researchers ‘revealed’ this information (in fact publicly accessible to everybody in Ontario via electionsontario.ca) at the most damaging moment they could find to bring it to the world’s attention. Namely, during the election campaign. They were so outraged on behalf of Ontario taxpayers that they let the practice carry on for a few more months or perhaps years before letting anybody know.

Sadly, they could be confident no journalist would dig up the same facts and make a splash with it at a less opportune time for NDP electoral fortunes. The only journalist to make waves looking at party finances in recent years is Martin Reg Cohn of the Toronto Star, whose well-timed look at corporate donations played a major role in the Wynne government ending corporate donations.

But there are no armies of other journalists crawling through the accounts of the parties and riding associations in Ontario any more, if there ever were. And the better political journalists would probably not have bothered with this story anyway—there’s literally nothing to see here.

How can we tell? Catherine Fife was sent out to announce it, not Andrea Horwath.

Fife said in her statement, “This was essentially her own personal ATM machine…. I have never heard of an MPP asking for an allowance from the riding association to make her life more comfortable. And I think that speaks to how disconnected this government is from the real priorities of the people that we serve.”

Except it’s essentially nothing of the sort. These were funds belonging to the Nepean PC Association to do with as it saw fit in the pursuit of its riding objectives. Those objectives, as an association with an incumbent MPP, are supporting the MPP and putting her in a position to retake the riding at the next election. Within those parameters, what they do with the funds at their disposal is their business and nobody else’s.

And MacLeod can’t just ask for funds from the riding account and expect to receive them. Or, she can ask and she might receive, and I dare say some MPPs in all parties do just that. But she cannot receive any money from the riding association without the support of her riding executive. The executive controls the bank account, not the MPP. If Nepean’s PCs want to give their donations to the MPP in this way, what business is it really of any of us? And, while there are no doubt deserving people in Nepean who would welcome that $44,000, there’s one thing the Nepean PCs definitely cannot do, according to Ontario law: use the money for anything other than party business, or donate it to a third party. The NDP should just be grateful they’re not spending it on wallpapering the riding with PC attack ads.

Ah, but aren’t those riding association funds supported via a taxpayer funded per vote subsidy and the donation tax credits all donors receive?

So the answer to the first part of the question ‘why would they give her that money?’ is ‘because they can’ and ‘because it’s their money’ and ‘because supporting Lisa MacLeod is literally why the association exists’.

What is not a secret in Ontario politics is that MacLeod has long been a party ‘star’ who works hard on the internal fundraising circuit. For those not won over by her charms, it may seem difficult to understand, but MacLeod has profile and a level of charisma many of her colleagues lack. When in opposition, she was one of the most frequently seen MPPs acting as a guest of honor at fundraisers. Love or loathe her politics, she is a hardworking MPP. It is probable she has high targets set by the party for fundraising, and the evidence of her riding association suggests she more than meets them. With that success comes a higher level of travel and expense.

In short, my guess is that MacLeod probably earns that allowance. So do many other MPPs, but most don’t come from riding associations that can actually repay their MPPs for their full expenses.

And better the riding association pay than that MacLeod misuse funds intended for non-partisan work. If MacLeod found ways to expense costs involved with attenting a fundraiser to her legislative account, she would not be the first (remember Senator Duffy?), and every legislative member walks a fine line between legislative work and party work from time to time.

For instance, if a box of partisan leaflets travels from Toronto to the riding in the minister’s car, is the extra few ounces of gasoline used on the road breaking the law? Would the world be better served if that box was sent by party-funded courier instead? Such dilemmas are unavoidable, and there are far less defensible practices used by all parties that blur the line between legislative and political work.

Few will pick up the significance, but what the NDP really did by focusing on MacLeod’s allowance was show just how much MacLeod kicks most other MPPs’ butts as a fundraiser.

In 2021 Nepean PC’s saw income of $50,418.86 via approximately $40,000 in donations and $8,336.36 in per vote subsidy (see AR1 statement). They ended the year with $122,000 in the bank—closet to the maximum amount allowed for a very successful and well-funded re-election campaign without having to raise a single further dollar. For the first time since 2018, they also didn’t pay MacLeod an allowance.

The Ontario NDP association in Nepean, by contrast, received about $6000 in donations in 2021. The Ontario Liberals received an almost identical amount. The two parties’ association finances were far more dependent on the per vote subsidy ($5,591 and $5,258 respectively) to enable them to run even moderately respectable election campaigns against their PC rival.

Ultimately this is a story not about party corruption, but about how we feed our pre-existing biases and assumptions that ‘party X’ is corrupt. My tweet, unintentionally, fed into that narrative. Party activists jumped on. Independent progressives who just generally loathe the PCs joined them. Look! Yet more evidence of the PCs capacity for greed and corruption! But it wasn’t.

Anybody who knows me knows I am no Progressive Conservative. I have no shortage of reasons to criticize that party, or its MPPs. Lisa MacLeod’s actions as a minister and MPP since 2018 have provided plenty of reasons to suggest she and her party have failed Ontarians.

But if we don’t insist on the same level of accuracy in reporting on the people we disagree with as we would want for reporting on ourselves, we’re part of the problem.

While researching this article, I noticed something strange with the Nepean Ontario NDP’s association accounts.

In 2019, Nepean’s Ontario NDP association raised, wait for it, $10, in donations. It also received $9 in ‘transfers’, which usually reflect online donations or monthly payments via the central party.

Even by the standards of Ontario politics, $19 in total donations reflects a very bad year for a riding association.

Their accounts that year nevertheless recorded $7,474.00 in per vote subsidies from Elections Ontario. Their accounts in 2020 recorded the same annual subsidy payment.

But in 2021, their accounts include an entry for ‘Elections Ontario Subsidies (2019, 2020, 2021)’ for the amount of $16,774.89, implying the subsidy had been missed from the previous two years accounts. An unexplained ‘adjustment’ of $9,528.72 was also entered into the accounts, marked as an expense on the association’s account for the year.

Was something odious at work? Were taxpayer funds being misappropriated? No. Someone, somewhere probably made a mistake over the previous few years and in 2021 it was cleared up. A riding association that looks to have been in a moribund state either received the wrong subsidy amount, or made a mistake when doing its accounts. Nobody noticed for a year or two.

Separately, of the $3,195 donated by Nepean NDP donors in 2021, every single dollar was ‘transferred out’—in other words, passed to the central party. This could reflect internal party ‘dues’ payable by the association to the party, or could be for any number of legitimate reasons.

Or perhaps the central NDP are using their small and unhealthy riding association finances as a ‘personal ATM’ that can be called upon to top up central funds.

But only a highly irresponsible person seeking to imply financial irregularities where there are none would suggest any such thing.

The road to Hell is paved with good intentions, as the saying goes. The people who retweeted the Lisa MacLeod ‘allowance’ story believing it was evidence for Tory corruption weren’t deliberately dishonest. Quite the opposite—they thought they were helping reveal the genuine mendacity of a bad politician. But they were wrong.

All of us—not just journalists and opinionated podcasters, but all Canadians—need to learn to check our biases and our facts every time we share information. We need to develop a reflex for trying to find the weakness in any story, any tweet, any rumour, especially if it seems to confirm what we expect to be true. If you expect PCs or Liberals or Greens or NDPers to be corrupt, then it’s doubly important that you check they actually are before your share that tweet.