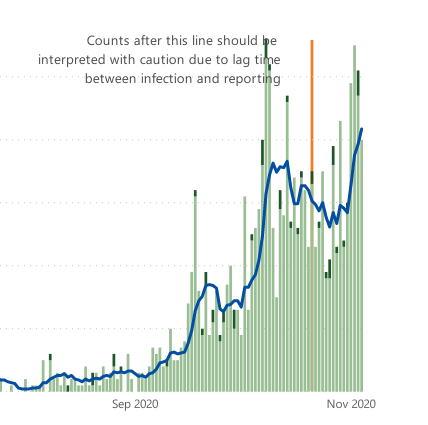 I really didn’t want to write this article.

When starting a new podcast you want people to take seriously, it’s helpful if you don’t alienate a bunch of the better known potential guests. And while we certainly don’t want The 905er podcast to be a parade of politicians, we would like some of them to be guests from time to time.

Last week we were joined by Mayor of Burlington Marianne Meed Ward, who spoke to the issue of the province’s unexpected banning of ranked ballots. Joel and I were sincerely grateful to the mayor for joining us, and I give particular kudos because, frankly, I’ve been a bit of a pain in the ass for the mayor in recent months, especially over the issue of advisory committees.

Admittedly, I probably wasn’t a big enough pain in the ass that it matters to the mayor, who has much bigger fish to fry than me and my curmudgeonly opinions. But it still would have been easy and forgivable to pretend I and the infant podcast I’ve co-created with Joel MacLeod didn’t exist. Tactically ignoring annoying people is one of the most frequently used weapons in every politician’s armoury.

Mayor Meed Ward was also graceful enough to answer questions outside the area we originally asked her to speak to, and to address the two letters written a few days before: one signed by all the Halton Region mayors and the Regional Chair addressed to Doug Ford, and a second signed by Jane McKenna and Parm Gil, MPPs of Burlington and Milton, the Regional Chair of Halton, Gary Carr, and the Mayors of Burlington and Milton, Marianne Meed Ward and Gord Krantz.

And this is where it gets awkward, because I think those letters, and the accompanying statements made to the media that Halton should not be sent back into Stage 2, were profoundly wrong – as a matter of principle, and as a matter of terrible, flawed policy.

Principle, because it was clearly political interference in a process that is meant to be independent and scientific. The second letter specifically called out Halton’s Health Officer and claimed – without providing any evidence – that she was lobbying Public Health Ontario to have Halton returned to Stage 2.

Flawed policy, because I simply don’t understand how people who have followed Covid-19 for the last 8 months can possibly think they ‘know’ that it is under control when numbers are increasing, and when Halton’s numbers were over the established danger line for new cases per 100,000 citizens.

Mayor Meed Ward subsequently wrote an op-ed in the Hamilton Spectator which addressed exactly these points, and she also ably answered Joel’s and my questions on our podcast on the subject. I encourage readers check out both to get the Mayor’s side of the story.

Unfortunately, I still can’t agree with the mayor. I cannot see how the letter she signed with two regional MPPs can be viewed as anything other than political interference.

And here’s the other problem. Numbers weren’t reliably declining when the letter was written, and they’re certainly not declining now. Are they better than some other parts of the province? Undoubtedly. Are they ‘under control’? Apparently not, given that the numbers this week have been spiking to the highest levels yet seen.

Mayor Meed Ward has portrayed the letters to the province as uncontroversial requests that decisions be made based on data, with which the MOH fully agreed. But why would any letter be necessary if that was the case? You don’t need to send letters to request something that is already being done. The existence of the letters logically implies that the MOH for Halton was not following scientific evidence, but this claim is left unsubstantiated, as are the claims with regard to Halton’s ‘falling’ infection rates.

In any case, Public Health Ontario and the MOH in Halton are the arbiters and interpreters of ‘what the data says’, not politicians. They are the doctors, scientists, and epidemiologists with decades of experience, and are meant to be independent of the pressures politicians feel. Whatever businesses want, or public opinion believes, or politicians say, is meant to be irrelevant to them.

If the decisions are to be made based on data, then let the people who understand the data make the decisions. A superficial – and as it turns out, incorrect – picture at the most recent few days’ infection numbers that spins them in the most positive light possible is not an acceptable way to make policy decisions, especially when those decisions have the potential to cause the preventable deaths of Halton residents in the weeks ahead.

Now, a little over a week later, Halton’s numbers are clearly on the rise, while our neighbouring regions appear to be seeing extremely troubling rates of spread. Yet the province has introduced a new colour-coded set of criteria for restrictions – announced on a day when everybody was looking at the US election. These new rules reduce the restrictions on the areas with the highest infection rates, albeit Halton will now be moved to the same level of restrictions as York and Peel. So, just as Halton has to bear small increased restrictions under the new system, our neighbours will have their restrictions reduced.

Yet there is something I can absolutely agree with Mayor Meed Ward about. In her op-ed she said:

“It is no longer good enough to fluctuate between open, closed, maybe open, but closed tomorrow, or next week, or next month. That is chaos no one can plan for.“

That’s absolutely true. But the problem is the provincial government spent the summer telling Ontario restaurants and gyms that they could get back to normal with minor restrictions, when what was required was either a far more intensive search for new ways of doing business safely, or an admission that there are some businesses that simply cannot be done safely during a pandemic, and the provision of the funds necessary to help those affected for as long as necessary.

We cannot negotiate with a virus. We cannot haggle over the definition of safe. We cannot use political spin to ‘sell’ infection rates to other levels of government. If restaurants, bars and gyms cannot open without the virus getting out of control, then they must close, regardless of the tragedy that represents for the business owners.

The Covid-19 virus spreads like lightning and it overwhelms health services and kills at exponentially increasing rates wherever governments let it out of their grip.

Yet the provincial government has been doing everything in its power to let the virus spread, to give a few more weeks to the businesses that depend on gatherings of people in dangerous proximity to survive. The Halton mayors jumped on this bandwagon claiming they were doing what ‘the people’ wanted. I doubt the end result will be a single business saved. But it might well be lives lost – in the most painful and horrific ways – that could have been avoided.

[This article has been edited since first published to correct minor grammatical errors. A key sentence was changed to slightly modify its emphasis, without changing its meaning. That sentence was:

The original version of this sentence was:

2020-11-06
Previous Post: 18. Sean Vanderklis and Karl Dockstader Converse about Caledonia
Next Post: 19: How to Win Friends and Influence Premiers