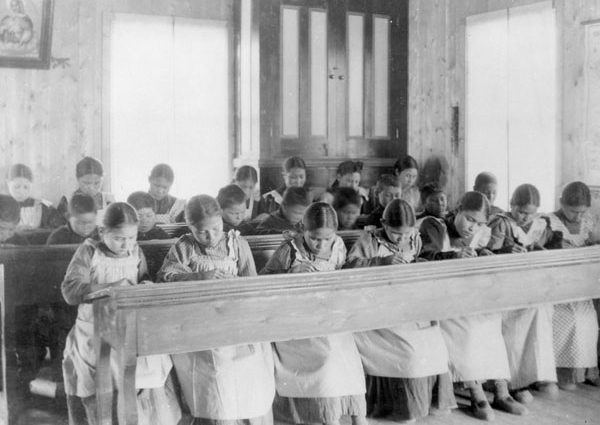 In today’s episode Roland and Joel look at three different aspects of modern Canada, and their ties to the past. The refusal to even acknowledge the dead being identified at Residential Schools across the nation by seemingly all PC and Conservative politicians on Canada Day. The environmental catastrophes seen in locations like Chedoke Creek, and the urgent need to change the nature of our relationship with the environment and our failure as ‘stewards of the land’ since we obtained it. The abandonment of all plans by the developer to build homes on ‘Mckenzie Meadows’, also known as 1492 Landback Lane.

Bonus History Lesson: How Scottish History Repeated Itself In Canada

Across Canada we live surrounded by references not so much to Great Britain as to Scots and Scotland. Macdonald, Dundas, Strathcona, Caledonia, Caledon, “Mckenzie Meadows”, “Douglas Creek”, Hamilton, Dundurn, Crieff. Many are names that most people would struggle to explain today, named for largely forgotten Scottish settlers or city worthies. Others are names we know only too well, the foci of the current awakening to the most brutal aspects of Canada’s past. Two are manufactured names used for branding the housing developments on disputed lands between the township of Caledonia, where almost every street name commemorates Scotland, and the Six Nations Reserve.

Some Scots came to Canada after being violently forced from their traditional homelands; the last sight of the country of their birth literally being a view of their homes being burned to the ground by the British military as part of the Highland Clearances. Other Scots (especially the ones who tended to have places named after them, or statues raised in their memory) were wealthy and well educated before they arrived in Canada, or, in the case of Henry Dundas, 1st Viscount Melville, never set foot in North America at all.

These men came in the service of the British Empire, and lived lives that were dedicated to protecting and expanding British, loyalist, and Christian ‘civilization’ in North America by whatever means necessary. Ironically, these highly effective officials of the British Empire’s most racist, unjust and vicious acts did to Canada’s indigenous peoples what a century earlier had been done to their own ancestors in the Scottish highlands. Those highlanders’ crimes? That they were viewed by Scottish and English lowlanders as savages, hardly human, with a culture that needed to be extinguished so that aristocrats could profit from a ‘civilized’ landscape free of the nuisance of the longstanding inhabitants.

One of the most brutal atrocities on British soil was at a place called Glencoe in 1692. The military of the anti-Catholic and anti-Jacobite Scottish government massacred around 30 residents of the Glen in large part because of their surname. They were members of Clan MacDonald, the most troublesome and ‘barbaric’ of the highland clans. 150 years later, an expatriate Scot with the surname Macdonald would use similar tactics, with almost identical justifications, to force the indigenous people of Canada from their lands, and to plan their cultural and actual extinction.

An alternative name for Glencoe is Strathcona, the name adopted by Donald Smith, first Baron Strathcona, who was famously pictured driving the last spike in the Canadian Pacific Railway at Craigellachie in 1885. Smith was a Scot who made a fortune in Canada in the service of the Hudson’s Bay Company, the Empire, and the Canadian government. He used some of the money he earned in Canada, often directly or indirectly arising from removing indigenous people from lands ‘needed’ for Europeans, to build a vast mansion in Glencoe, about 600 metres from the site of the massacre.

2021-07-06
Previous Post: Why There Is No Episode This Canada Day
Next Post: Taking Names: Roundtable with Laura Steiner of the Milton Reporter.