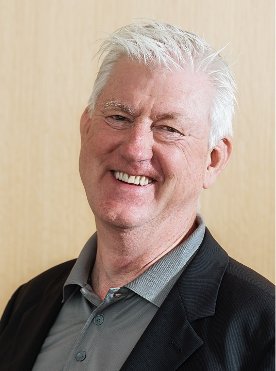 In a series of tweets on Thursday evening and Saturday, Sharman labelled the decision ‘petty opportunism’, ‘completely disrespectful of a highly regarded institution, parents, children, students and teachers’ and stated ‘I do not have a view on HCDSB decision, I was not involved in it.’

The decision in question was HCDSB’s controversial refusal to raise the Pride flag over their schools and properties during Pride month, provoking a widespread public outcry in Halton, and almost universal condemnation by Halton area politicians and activists.

In the weeks that followed multiple Catholic School Boards in Ontario voted to raise the Pride flag for the first time in moves that were notable for not provoking anything like the same degree of public anger. Numerous teachers and schools in the Halton Catholic Board either made their disagreement with the board decision clear, or appeared to tacitly signal their willingness to raise the Pride flag by making it part of their Twitter avatars.

While Burlington has not stated the location next to Halton Catholic District School Board offices is a deliberate snub to HCSCB, few doubt the significance. Moreover a poll of the public by the city for possible locations—at Mayor Marianne Meed Ward’s request—overwhelmingly supported a new rainbow crosswalk at Drury Lane.

This morning HCDSB Trustee Branda Agnew, who originally moved the motion to raise the Pride Flag, along with other measures aimed at demonstrating acceptance of all sexualities and gender identities, responded “I’m sorry? It’s disrespectful to put a rainbow crosswalk, a sign of love and peace and acceptance in front of a school board office? So is a rainbow crosswalk less offensive in other locations?”

Sharman responded to Agnew “In general no. Usually one government entity would respect the decision/processes of another government entity sufficiently to discuss the matter. Trumping up a survey triggered by the HCDSB decision without approval of Council contrary to existing approved plan [is] not appropriate.”

Sharman’s comments, which he posted on Thursday evening, rekindle the debate about HCDSB’s decision, and add a new dimension to the public spat that broke out between the mayor and three of her councillors in June regarding how quickly new rainbow crosswalks should be implemented.

That spat saw Sharman, along with Ward 2’s Councillor Lisa Kearns and Ward 4’s Shawna Stolte, protest that the mayor had unfairly implied they were opposed to new rainbow crosswalks and unsupportive of the LGBTQ+ communities, when their only dispute was with the mayor’s request to dip into the Tax Rate Stabilization Fund to pay for three new crosswalks this year.

Sharman has now muddied the waters by his attack on the location of the first crosswalk, and it is unlikely Kearns and Stolte will thank him for doing so. Whether the public survey held by the city was authorized by Council or done at the mayor’s request, it appears clear that there is overwhelming support for the rainbow crosswalk at Drury Lane.

Moreover the need to show ‘respect’ for the actions of Catholic board trustees who systematically fillibustered, modified, disputed and ultimately destroyed Trustee Agnew’s motion to raise the Pride flag before it could even be put to a vote, and who aggressively—some would say contemptuously—questioned teenaged students who delegated to the board meeting, is one unlikely to find much support in the wider community.

Paul Sharman has always been an outspoken councillor with a ‘small c’ conservative perspective on most issues. But after the change of regime in 2018, which saw he and Mayor Marianne Meed Ward as the only holdovers on council, Sharman was willing to ‘play nice’ in a way he had not before. His allies from the old council, many of whom believed in Sharman’s genius almost as much as Sharman does himself, were gone, and he was a lone representative of the old guard facing a highly popular new mayor. On multiple high-visibility votes, even those connected to development, Sharman voted with the mayor.

With a year to go until the next election, the gloves are off between Sharman and Meed Ward. If anybody is to run against Meed Ward and stand a chance of winning, they need to be making themselves known now, and Sharman is perhaps one of the few people in Burlington with the stature to mount a serious challenge. There’s no doubt he’d receive the donations he’d need—the line of developers willing to write personal cheques to his campaign would be long.

But if there is any political judgement behind Sharman’s decision to wade into the rainbow crosswalk issue again, it seems misplaced. The group of people in Burlington who believe the elected HCDSB trustees deserve ‘respect’ right now is so small not even all the trustees are in it. The more Sharman picks holes in the decisions to implement rainbow crosswalks, the more he will appear to be motivated by opposition to the LGBTQ+ community, and the more open he will be to accusations of homophobia, whether he likes it or not. If there was a time when tacitly signalling support for so-called ‘family values’ was politically smart in Burlington, it is long gone.

2021-08-21
Previous Post: “Worse Than Their Worst Nightmares”: Adrian Gordon Helping Sherpas Left High and Dry By COVID-19
Next Post: Election 2021: Mike Moffat discusses what the parties should do to end the housing affordability crisis