A Polite Suggestion to Ontario’s Big City Mayors: Shut Up 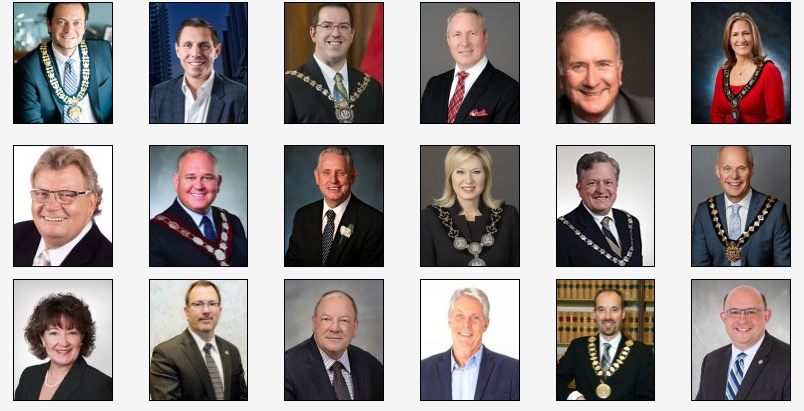 Last Monday, Ontario’s Big City Mayors voted unanimously to urge the province to re-open schools on January 17th “given that pediatric and health organizations and most parents recognize in class learning as the strongly preferred option for Ontario students.”

Let’s make one thing clear—I have no clue what the right things to do with regard to COVID-19 are any more. I have doubly little clue when it comes to what is best for children and their education. But that’s as it should be. We pay people called doctors and scientists to know and make better decisions than I ever could. My main emotion with regard to COVID-19 these days is ‘who knows?’

Back when we were dealing with no vaccine and attempting to contain or even eliminate the disease entirely from the population, things seemed simpler – stay home or risk an unpleasant death. Such innocent days!

Now it seems like we’re dealing with a wide array of gray areas – preventing overloading of healthcare, maintaining the workforce, saving the economy, and, most frustratingly, protecting those who have thus far refused to protect themselves.

But in the long annals of weasel words and moronic statements made by politicians, “pediatric and health organizations and most parents recognize in class learning as the strongly preferred option for Ontario students” may just take the biscuit.

The only question we need to answer now is ‘what is the least worst option’? And that question cannot be answered by a mayor, however big their city might be, or however puffed-up with self-importance and delusional self-regard they have become after years in public office.

Only the medical community, above all epidemiologists and experts in public health and infectious diseases, with no political axe to grind or campaign for re-election waiting just over the horizon, can judge what is best, based on scientific research and the statistics we have gathered over the last two years.

The Big City Mayors in all their wisdom, in contrast, don’t cite a single line of research, a single doctor, or even name a single one of those ‘health organizations’ they vaguely suggest support them to justify their statements. Instead they cite Eric Adams, the new mayor of New York City, who is ‘troubled’ by children falling behind in math and English. Well ok then! That changes everything!

Give me a break.

Back in December 2020, Halton’s mayors executed a humiliating U-Turn when they tried to influence the province’s public health policy. As The 905er mentioned at the time:

“On Thursday it was unthinkable to the mayors, based on scientific evidence, that Halton should be included in a GTHA lockdown. Today we are asked to believe that it is suddenly the prudent decision, based on the same scientific evidence, to close down the entire province. How can this be interpreted as anything other than the result of a foolish mistake that both undermines public health advice and adds to the overall confusion surrounding the actions needed to bring Covid back under control?’

But that pressure, which is usually an absolutely essential element by which the public gets politicians to do what we want them to do, is of no use in a public health crisis. Political pressures don’t count in a conflict with a virus. If the public want schools open, and the scientific facts say otherwise – the science, not the vox populi, wins. What citizens and businesses and teachers think, while always relevant, cannot trump independent scientific data about the best thing to do.

The mayors should—far too late—recognize when something is not their fight and shut up.