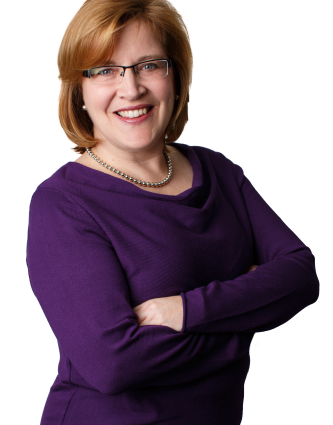 Burlington’s Ward Four Councillor Shawna Stolte has today delivered a scathing response to the actions of two of her colleagues, Ward 1 Councillor Kelvin Galbraith and Ward 3 Councillor Rory Nisan, who made a secret complaint against her to Burlington’s Integrity Commissioner earlier this year. The report was published—or made available to Burlington City Hall—last Friday, but the was not forwarded to media until Councillor Stolte herself forwarded it today.

The Integrity Commissioner’s Report, which found Stolte at fault for two out of four complaints (to be assessed in full later today), is provided at the end of this article. It follows growing rumours of unhappiness with the increasing use of closed session meetings, which Stolte claims are used ‘inappropriately’ to prevent information reaching the public. Stolte has been demanding a ‘Closed Meeting Protocol’ for several months, and states that Galbraith and Nisan ‘were satisfied with the status quo’ and ‘made clear their irritation at my approach to continually bringing this concern forward for resolution’.

“The Cost of Accountability is Five Days’ Pay”

On April 19, 2022 my colleagues on Burlington City Council will vote on recommendations of a Report by the Integrity Commissioner on my behaviour. It is their right to do so, and it is my right to provide my perspective on the public record.

I encourage Council to give serious consideration to the recommendations in this upcoming report, but I am disappointed by the choice made by Councillors Nisan and Galbraith to formally call my integrity into question instead of working collaboratively to resolve the issue.

The word “integrity” is defined as “the practice of being honest and showing a consistent and uncompromising adherence to strong moral and ethical principles and values.”

I have tried to uphold the principle of integrity over the course of my first term of Council in every decision I have made, as well as a consistent and uncompromising adherence to the values of transparency and accountability as vital components of the democratic process.

I believe Burlington’s Council was elected in 2018 with a mandate for change and a promise of increased openness, honesty and transparency. Yet, the number of agenda items being moved into Closed/Confidential Council discussion and without providing meaningful information to the public about the general nature of the matter being considered, has increased during this term of Council.

Every one of my Council colleagues are aware of how concerned I have been over the last 18 months regarding the procedures by which Council matters are dealt with in Open vs Closed Session Meetings.

I have exerted considerable efforts over the past year, without success, working with my Council colleagues, our legal department and the City Clerk seeking support to establish and implement a Closed Meeting Protocol for Council. We need policies and updated procedures that adhere to the best practices set out by the Ombudsman of Ontario and the Association of Municipalities of Ontario, and which remove any perception that Closed Meetings are used to hide information from the public.

It has been clearly defined in the Municipal Act, the Ombudsman of Ontario and leading case law that “simply put, it is insufficient to simply parrot the test of the statutory exception (e.g. ‘Confidential Update on a Legal Matter’) by simply re-stating it without adding additional context…as this fails to provide meaningful information to the public about the general nature of the matter being considered in closed session”.

Absent very clear protocols, I must find the right balance myself and I chose to share as much information as possible on issues where I strongly believed that important information was being inappropriately withheld from the public.

I was not secretive about the sharing of this information, but open and transparent regarding the reasons, that serve the public good, for sharing information. This fact is documented on the public record.

In response to my actions, Councillors Nisan and Galbraith expressed that they were satisfied with the status quo and saw no need for a Closed Meeting Protocol. Furthermore, they made clear their irritation at my approach to continually bringing this concern forward for resolution.

Instead of choosing to work with me and collaborate on resolving this critical issue Councillors Nisan and Galbraith chose instead to issue four complaints against me with the Integrity Commissioner in January of 2022. Ironically, the complaint itself was made secret, and I was forbidden from informing the public.

The Final Recommendation Report from the Integrity Commissioner was released on April 8, 2022 and will be part of the public agenda at Council on April 19, 2022.

I acknowledge that while attempting to highlight and force discussion on this important issue, the Integrity Commissioner has determined that I potentially crossed the line on two technicalities resulting in a recommendation to suspend five days of my pay.

Personally, the key points in this report state that “it is the obligation of the municipality to ensure that Council’s resolutions maximize transparency so far as possible” and that “Councillor Stolte’s position regarding the adequacy of the resolution for closed session meetings has some validity and the City should consider modifying its closed session resolutions to both quantify and disclose items that are to be given closed session treatment”.

I applaud the vast majority of this report as it supports what I have been fighting for on behalf of our constituents. I am delighted that the Commissioners Report has vindicated my actions regarding the concerns I’ve expressed about our closed meeting protocols and practices and I urge my colleagues to adopt the recommended changes as to how Council conducts its business.

Ultimately, if five days salary is the price of finally having a mature conversation that results in Burlington Council adopting an effective Closed Meeting Protocol, then it is one I am happily willing to pay.